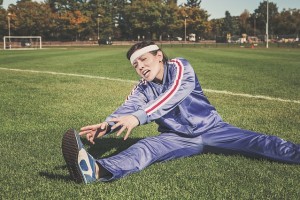 I’ve had that muscle cramping problem pretty much all my life. But since I’ve grown older, it’s been worse. I cramp in several ways:

I could count on one hand the number of nights in a year I didn’t bounce at least once a night. And sometimes it’s been 9 or 10 times a night!

Many years ago, a doctor prescribed quinine (yes, the same stuff they prescribe for malaria) for my cramping, and it did let me sleep through the night. But then they wouldn’t prescribe it for cramps any more after they found it could have a negative effect on the heart. I’m glad I didn’t take too much of that!

So I was back to square one.

Going to doctor after doctor, in several states still didn’t help. I looked into all the alternative information I could find on cramping, and learned to stay hydrated, get plenty of magnesium, and adequate potassium. I ate bananas until I was yellow! And took every form of magnesium available. The hydration IS important. It was much worse when I wasn’t well hydrated, but I still had cramping.

I even tried an elimination diet to see if food sensitivity could be the problem. That didn’t work either.

Then, last year, I heard an acupuncturist and expert in Chinese medicine on the radio talking about how acupuncture could be the remedy for all sorts of ailments. So I made an appointment. His office is in Springfield, about an hour away—but I was desperate to find ANYTHING that might help.

I really didn’t know anything about acupuncture—except my brother’s dog had acupuncture for arthritis.

After trying me on a couple of supplements, which had no effect, he then said I probably had a problem with absorption of nutrients, and recommended acupuncture. Twice a week for eight weeks was somewhat a problem, being an hour away, and it wasn’t cheap. But I was desperate, as was my husband who often woke up when I bounced.

Along with the acupuncture, I took some Chinese herbs. And TA-DAA, it really helps! It’s been the only thing to help since quinine. I regularly take one of the herbs, as an ongoing thing. As long as I take the herbs, am kind to my liver by limiting my coffee and adult beverage intake, and stay hydrated, I sleep through the night. Not only that, but I can do ALL the yoga poses without cramping, put on my shoes with ease, and have no cramping in my fingers.

I have a new lease on life!

So if you have a cramping problem, and nothing has helped, TRY ACUPUNCTURE.