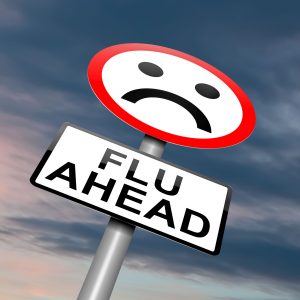 You might see the signs at the grocery stores, drug stores, and various other places—“Get Flu Shots Here”. Or your doctor asks if you want a flu shot—I mean, after all, it’s close to, or is, flu season.

The question on whether to get it or not should be ENTIRELY up to you. Don’t let anyone tell you to get it or not get it. Just be well informed of the pluses and minuses. And make your own decision.

First, are they effective? That all depends on whether the pharmaceutical gurus guess correctly on the flu strain that will be prevalent the next year. Each vaccine targets a specific strain of flu—-and there are several. If they guess wrong, no, it’s not effective. If they guess right, it can be.

Flu vaccinations are heavily promoted to the public by the pharmaceutical industry, CDC, and many, but certainly not all, doctors. Expectant mothers are especially targeted.

The heavy promotion of the flu vaccination leads us to think it’s perfectly safe. On the other hand, there are those who think otherwise, such as Dr. David Brownstein—a noted holistic family physician.

What’s in the vaccine?

According to Dr. Brownstein, the flu vaccine often contains several less than desired ingredients—such as formaldehyde and thimerosal (a form of mercury). Needless to say, neither of these is good for you. Formaldehyde is a carcinogen, and mercury is a neurotoxin.

Looking at formaldehyde, we’re told it’s perfectly safe in minute quantities, such as is in the vaccine. While that’s true, how much is too much—to make it carcinogenic? It’s in so much we’re exposed to. Many other vaccines contain it—-in minute quantities, of course. But it’s disconcerting that babies get several vaccines all at once, when they’re so tiny.

Formaldehyde is an ingredient in many household products. Just some of the products with it include:

And I remember it as the nasty smelling preservative for our high school biology class frogs for dissection.

In many flu shots, the preservative used is thimerosal, which is 50 percent mercury. So why is this not good? After all, we get a certain amount of mercury from eating fish, right? Actually, the type of mercury found in flu shots is quite a bit more harmful than the mercury occurring in fish, which is methylmercury.

While the FDA is careful to warn us not to eat more than two servings of fish in one week, it’s ok’d the even more toxic form of mercury, ethylmercury, to be added to flu vaccines.

The increase in autism has been thought to be associated with thimerosal. That’s bad enough since expectant mothers are targeted, but the stronger association is with Alzheimer’s Disease. There is a very strong connection between Alzheimer’s and the flu vaccine. Dr. Brownstein says “You give enough brain toxins and people are going to develop memory issues”.

Even more specifically, Dr. Hugh Fudenberg, a very well-known immunogeneticist, discovered that those of us 55 and older who were vaccinated for flu for five years in a row were 10 times more likely to get Alzheimer’s disease. Yikes!

How to best make your choice

So, in making your decision to vaccinate or not vaccinate, if you decide to go ahead with it, or feel you have to because of working with an elderly population, there IS a way to lessen the ill-effects. You can specify to your doctor that you want a single-dose vial. It appears the thimerosal is only used as a preservative in multi-dose vials. Or, you can ask for a nasal-spray vaccine, which also doesn’t have thimerosal included.

And should you decide to skip the flu shot, try the following: