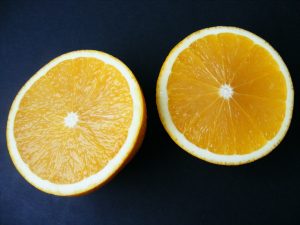 Do you remember Linus Pauling? If not, he was a chemist who was the only Nobel Prize recipient to receive two unshared, different,  Nobel prizes—one for Chemistry (1954), and the other for Peace (1962).

Dr. Pauling was a huge proponent of the benefits of Vitamin C, and wrote numerous books and articles about it. But, unfortunately, few in the medical community took him seriously. In fact, he was generally considered something of a quack. As it turns out, he was right all along.

Vitamin C was showing promise to combat bacterial infections when antibiotics made the scene—and thanks to the efforts of Big Pharma, vitamin C was then forgotten.

The first antibiotic, penicillin, became available for use in 1941. And for many decades after that, other antibiotics were thrust on the medical scene almost yearly.

At first, they worked wonders on bacterial infections of all kinds. Then they began to be misused, and added to feedlot animals to keep them from getting sick. Of course, we humans consumed those antibiotics through the meat, cheese, milk and other foods we ate. Not only did we ingest them in our food, but doctors over- prescribed antibiotics for just about anything, including viral infections. And many people didn’t follow the protocol to take their prescriptions correctly.

This overuse and misuse of antibiotics allowed the bacteria to adjust, and become immune to the antibiotics—rendering them almost completely useless. And no new antibiotics are coming on the scene.

What can we do?

Return to vitamin C! Big Pharma knows about vitamin C, but since it’s an entirely natural product, they can’t patent it and make huge profits. However, either by supplement, or intravenous application, alternative doctors across the country can and do successfully and safely treat their patients with vitamin C.

Vitamin C, in high doses, can be remarkably successful in combating almost anything—bacterial OR viral—including even cancer. By increasing the production of interferon in our bodies, viruses can’t replicate. And vitamin C actually can inactivate the RNA and DNA of various viruses and bacteria.

Before the mid-20th century, high doses of intravenous vitamin C were used to treat:

In today’s time, vitamin C is one of the premier alternative cancer treatments. It’s a known oxygen transport, and powerful antioxidant. And unlike chemo therapy, it actually STRENGTHENS the immune system to prevent cancer recurrence.

And now, vitamin C can be instrumental in combating diseases contracted in the hospital. It’s unreal, but around 100,000 people die every year from infections they get while in the hospital. These are infections including pneumonia, and infections of the GI tract, urinary system, and bloodstream. Not only that, but infections from various medical devices—such as ventilators, catheters, etc.

Vitamin C is even powerful enough to take on sepsis. That’s the condition in which your body overcompensates for an infection. During sepsis, blood clots form, plugging up your capillaries, which in turn restricts blood flow. And this restriction can and does progress to multiple organ failure. People die in hospitals from sepsis just about daily.

Of course, the hospitals have treated sepsis with every antibiotic they can get. However, the benefit has been only marginal; with the death rate from sepsis still a whopping 40%.

Enter Vitamin C. A Canadian study, in 2010, reported that ONE dose of vitamin C prevented capillaries from getting plugged—for 24 hours! Not only that, but capillaries can be unplugged and cleared—letting blood flow unrestricted.

Of course, we often wind up in the hospital after an accident or a sudden acute illness—totally unplanned. So it’s really a good idea to supplement with vitamin C regularly. A daily supplementation of 3,000 mg is right for the average healthy person.

Do yourself, and your family, a favor. Get on the Vitamin C bandwagon!