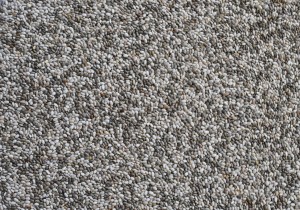 In general, you should avoid any white food, because of the high carbohydrate levels—leading to blood sugar overload. That’s white food, as in potatoes, corn, bread, pasta, and all that’s made with wheat. But, as mentioned in a previous post, ONE white food, white chia seed, is actually majorly GOOD for you.

And yes, that’s chia, as in Chia Pets—that you’ve seen on television and laughed about, like I did.

There are some marketers that promote white chia seeds as being more nutritious than the black variety. But all of today’s chia stems from the same source, so most people in the know say either is equally beneficial.

And what’s so great about chia? Let me count the ways……

Unlike flax seeds, chia seeds don’t have to be ground to get the benefits. They CAN be ground, into a flour for baking, but they can also be just eaten as they are. You can sprinkle them on salads or soups, or any food item you choose. They can be added to your favorite juice, smoothie, or a glass of water. Or, they can just be munched on by themselves—which is what I do with them.

When added to a liquid, chia seeds absorb the liquid and form a gel. This is how it’s recommended they be added to a smoothie.

Some history of chia seeds:

The scientific name is Salvia hispanica and is a flowering member of the mint family. And it seems to have originated with the Aztecs of the pre-Columbia era. They used chia for food AND currency. It was introduced to the New World by none other than Columbus himself, way back in the 15th century.

The chia seed popularity eventually faded, coming back in the 1980’s with the Chia Pet industry.

But its real benefit is as a nutrient-rich food, popular with health-conscious people everywhere.

Anywhere from one to two tablespoons of (organic, of course) chia seeds daily can give you enormous health benefits.

The FDA has given the stamp of approval to chia as not being poisonous in any way. And the American Heart Association has announced that coronary heart patients should consume chia seeds daily. However, even given all that, not enough study has been done to be totally positive about the possible side effects and the complete benefits.

SOME side effects have been observed previously:

As with anything, it’s always best to check with our doctor before trying chia seeds—ESPECIALLY, if you are taking any drugs for cancer, blood thinning, or blood pressure. And watch for any allergic reactions to the protein in chia. That might include watery eyes, diarrhea, or maybe skin eruptions.

If you aren’t in the side effect group, get on the chia seed bandwagon. It’s a superfood!