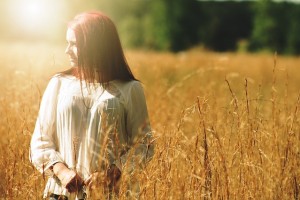 Why is it a problem?

Celiac Disease and gluten sensitivity have only been an issue for about ten (10) years or so. But they are difficult conditions for those afflicted, to deal with. Particularly full blown celiac disease.

Those with celiac disease can’t digest the gluten. Not only can they not digest it, but their intestinal lining (villi), is damaged so much that the food they consume can’t be properly absorbed. It’s actually an autoimmune disease, where the body literally attacks the intestinal lining.

If left untreated, celiac disease can lead to the development of other autoimmune diseases, such as Type 1 diabetes, or even multiple sclerosis (MS), also, other diseases and conditions including osteoporosis, intestinal cancers, epilepsy, migraine headaches, and infertility.

With gluten sensitivity, the symptoms are bloating, gas, and indigestion after consuming foods with gluten.

The only treatment for celiac disease and gluten sensitivity is abstinence. They have to avoid consuming ANY gluten. And it’s extremely difficult to avoid gluten. It’s in everything!

What exactly is it?

Let’s back up a bit. Exactly what IS gluten? Gluten is a protein found in wheat, rye and barley. And SO much processed foods contain at least one of those. We’re looking at almost all breads, pasta, and crackers, as well as flour, bread crumbs, and all the baked items made from them like cake, pie, and cookies. Even beer!

There are more and more gluten free foods available. Almost all grocery stores have a gluten free section, offering crackers made from rice, nuts and seeds, or breads made with rice flour or nut flour. The FDA insists that these products can’t even be made in the same manufacturing facility where anything with gluten is made.

And it seems those with a sensitivity (at least) to gluten number around 18 million Americans, and worldwide, it’s 1 in 100 people. That’s a lot of people—with something that’s only been around for 10 years or so. Why is it a serious issue now?

Where did it come from? Who or what is to blame?

There’s no definitive answer to that question—only educated conjecture. Some say it’s because the public is consuming more processed wheat products now. But are there any environmental conditions contributing to the problem with gut microbes that leads to gluten sensitivity and celiac disease?

Let’s see, 10 years ago, gluten became a problem. And, coincidentally, GMO’s hit the market about 10 years ago. There is conjecture that the blame lies on glyphosates. Remember our old nemesis Monsanto and Roundup? It contains glyphosates. The time frame fits. And most wheat, rye and barely crops are doused in mass-application herbicides containing glyphosates. Also, glyphosates break down the very gut microbes that contribute to proper food absorption, as well as a good immune system.

So far, no blame has been placed on GMO’s. However, Monsanto has a lot of clout in Washington. It will take a massive effort to overcome that, and actually be able to read or hear accurate information from any research.

The FDA should take a careful look at the connection between GMO’s and gluten sensitivity and celiac disease. But I’m not holding my breath while I wait for that to happen!